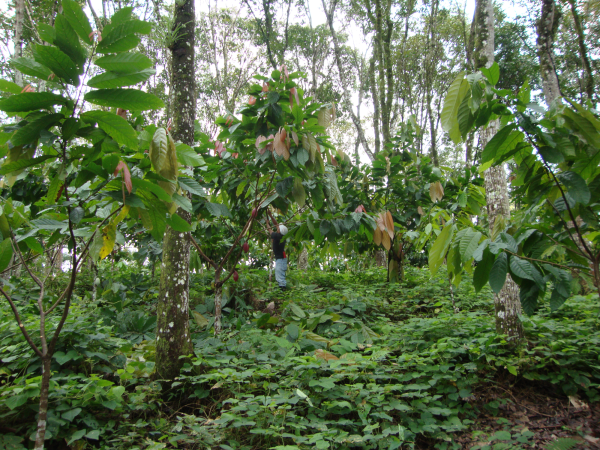 The company’s founders launched IAF as a platform to provide professional services in the areas of sustainable tropical farming and forestry. The company’s is based on the culmination of expertise developed over three generations on the Bronson Diaz family farm near Rio Dulce in the province of Izabal, Guatemala’s Caribbean littoral zone. In the 1980s, Dr. Richard Bronson, an archaeologist whose research focus has been the excavation and study of classic Mayan civilization, consolidated a large block of Hacienda Rio Dulce that had been in his wife’s family for over a generation. He began to experiment with his curiosity in silviculture and agroecology. Under Richard’s supervision, the farm reforested hundreds of hectares with teak, piloted one of Guatemala’s first papaya projects, and pioneered one of the first water buffalo projects. Richard was fascinated by the Maya’s use of hardwood species, several of which endured decay over hundreds of years and were discovered intact on archaeological expeditions. Many of these tropical precious hardwoods had become threatened due to over-exploitation since the colonial period. Woods such as Honduran rosewood, big-leaf mahogany and hormigo were reaching commercial depletion. Richard perceived an opportunity to preserve these endangered trees by breaking with the precedent: instead of extracting old-growth individuals from primary forests, he began to identify genetics and propagate them on the family farms.

The first generation of reproduction and growth faced a steep learning curve related to genetic selection and tree management. Quickly, however, Richard realized that the native species were far better adapted to local site conditions and were far hardier than exotic species such as teak. Mahogany, for example, can adapt to a wide spectrum of soils, including more acidic, higher aluminum and clay content, and more prone to flooding. Such conditions can be fatal or at least severely stunt teak’s growth.

By the late 2000s, the farms had planted out numerous lots of native timbers and the lengthy but less intensive process of growth and care was underway. During this period the team entered into discussions with serial food entrepreneur and Bay Area chocolate maker, John Scharffenberger. Unbeknownst to many, John is also trained as a forester and was fascinated by the potential of Hacienda Rio Dulce to interplant fine-flavor cacao in the shade of the native hardwoods. At this point, the farms began to collect cacao cultivars both locally and from research institutions, such as CATIE where scientists were developing varieties of cacao with prized flavor characteristics that were also resistant to fungal disease, including moniliasis, which had devasted Central America’s cacao growers.

In 2008, Richard connected with Andrew Miller and helped facilitate what grew into a long-lasting partnership with his son, Juan, who had spent many of his childhood summers in Izabal and was eager to transition from a career in filmmaking into sustainable forestry. Andrew had recently finished an MBA in Spain during which he’d developed an award-winning business plan around the combination of forestry and payments for ecosystem services. Like Juan, he had spent formative years in Guatemala that called him back, in his case as a Peace Corps volunteer. Hacienda Rio Dulce represented an ideal launching pad and proof of concept.

Before approaching investors and taking on a fiduciary responsibility, Juan and Andrew decided to develop track record and real-world experience. They were hired to serve as managers on timberland projects in Panama and Nicaragua that were predicated on community development, use of native timbers, mixed species and integrated pest management. The pair developed expertise in forestry economics and modeling, operations, and compliance. Andrew continued his involvement in the sector, moving to Grupo Ecos, a leading private equity fund focused on renewable energy and forestry, becoming the de facto portfolio investment manager. In this capacity he served on the boards of or advisor to forestry companies with operations in Guatemala, Panama, Colombia and Brazil. One of these included a 7,000-hectare teak and natural forest project bounding the banks of the Panama Canal.

With six years of experience under their belt and bristling with energy to start their own venture, Juan and Andrew relocated to Guatemala and founded IAF.